I have the goal to start writing weekly blog posts — which are “due” every Sunday — which document how I spent my week.

The idea to start doing Digital Storytelling came to my the other day, and this new series of posts is an example of that.

In this audio excerpt (which I am calling an “audio blog”), I discuss a little about what I mean by digital storytelling:

This week was interesting because it marked my first full week driving for One-To-One transport. According to my driving log, I was in at least: Canton, Cleveland, Windham, Ravenna, West Akron, Warren, Canton, Medina, Penninsula and Youngstown.

The map I put together below shows just how big of a geographical area this is:

I remember reading Travels With Charley when I was a kid; my Dad introduced me to it. And what I remember about it is the fact that Steinbeck was talking about why he wanted to take the trip, which he explained he needed to be able to do so he could write: he needed to meet people so that he could understand them, and thus write about them.

I am finding the same sentiment to be true while driving for One-To-One: the most interesting thing about the job is the fact that I get to meet a lot of interesting people.

The fact that I am helping them in some small way (by taking them to their medical appointments) is also important to me, and I find the work to be rewarding.

(Interestingly, in the Bhagavad Gita, Lord Krishna — who is the personification of the aligned actions of an enlightened consciousness — is depicted as the charioteer: he is serving mankind by dutifully escorting (and protecting to the best of his ability) each person in the direction of their free-will choices. This sentiment is what I expressed in the short story I wrote for Granny.)

I remember I met a guy named [name withheld], who bragged about making money prostituting women in his youth. He was an intelligent-seeming guy, who had a background in electronics from the Navy, but he was obviously low-functioning. I picked him up in a group-home, and took him all the way out to Youngstown to go to the dentist. I remember he asked me to stop to buy a package of cigarettes, which I’m not supposed to do, but I did anyway. When we got back to the group-home, I had to come inside for a minute and “sign him back in”, and I remember feeling sorry for him as I watched him give the package to the attendants there. (They count the packs, and “dole them back out” a little bit at a time.)

I recorded this “audio-blog” right after I dropped him off:

Another time, I took a guy who wasn’t much older than me (he claimed to be 49) but who seemed to be in his sixties. He was disabled, with nerve damage in his foot, and was telling me about how he once worked a “two year contract” in a union shop for like 30+ bucks an hour– way back in the early 1980’s. He said he worked 16 hour days (double shifts) seven days a week for 2 straight years… trying to “earn as much money as possible” before his contract was up. I had a lot of respect for him, and called him sir. But at the same time, I couldn’t help feeling bad that corporations have assumed so much power in our world that working 16 hour days for them somehow makes sense to us.

There are probably more stories I could bring up if I really thought about it, and I have to admit what I like about the job is the fact that every single day is different. I remember reading Dale Carnegie mention in his one book that “being educated” meant that you could “talk to anybody.” I sort of get what he meant by that, and it is often interesting to talk to others to see what is important to them, and how they see the world.

I remember the one day, I was driving a little old lady out to Warren, and we saw a bunch of young girls being loud and rambunctious. The old lady didn’t miss a beat and said to me “you gotta love the first of the month!” (It is an interpretation that wouldn’t even have occurred to me, but sadly might have been true: the girls were acting like that because they were out getting drunk and high on the 1st of the month because that is when the well-fare checks come.)

One-To-One has me doing one long trip a day, which I am finding works well with me. Within a week, I will be working at the co-working space at Bounce Innovation Hub, and I will be able to be there like 1/2 the day when I am not driving.

While I am out and about in the world, I have started taking pictures of things that I come across, and it is helping me to take an active interest in my own life and the world around me. I have been especially surprised to see just how much beautiful art work is out there — not to mention the amazing beauty of the nature world — if we can just be present enough to notice it.

Below is an image gallery of some of the things that I saw this week: 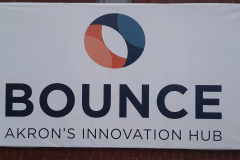 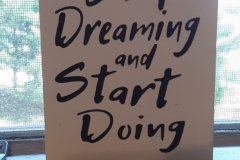 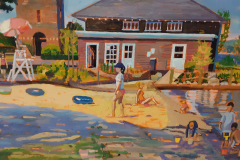 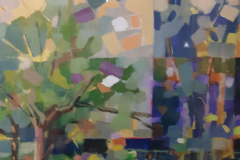 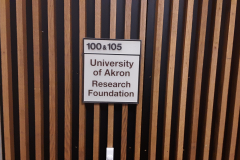 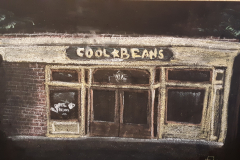 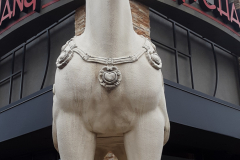 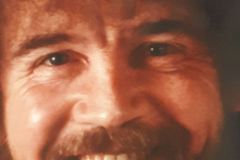 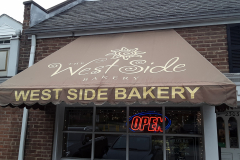 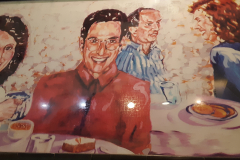 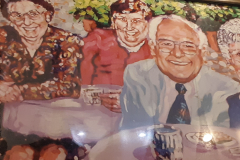 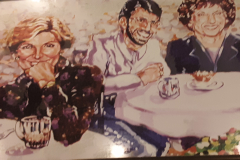 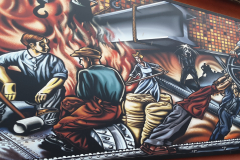 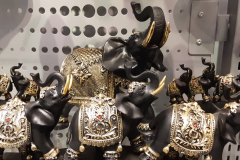